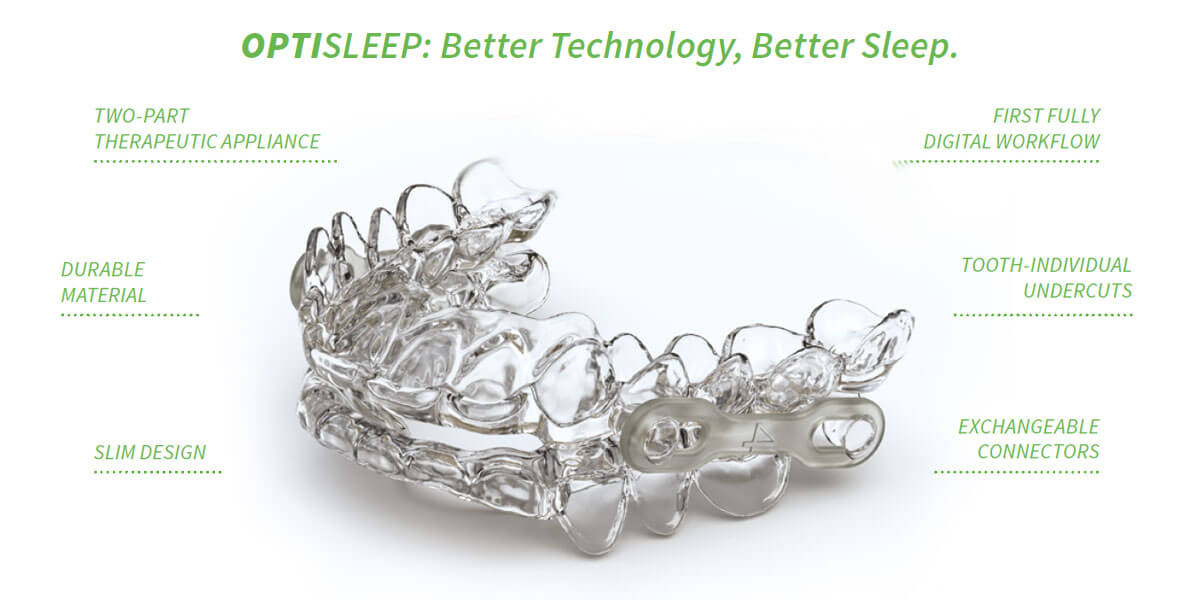 Snoring is caused by a narrowing or blocking of the airway. The disruption of airflow causes the soft palate and tissues of the throat to vibrate. The narrower the airway becomes, the louder the snoring.

Some common causes of snoring include:

Obstructive sleep apnea is an ongoing condition that disrupts sleep. When breathing is paused or becomes shallow, one will often move out of deep sleep and into light sleep, making the quality of sleep poor. Sleep apnea can be treated with lifestyle changes, mouthpieces, breathing devices, and/or surgery. Oral Appliance Therapy (OAT) is often an effective alternative to CPAP for patients suffering from obstructive sleep apnea.

SICAT AIR and OPTISleep offer an appliance-based 3D solution for the treatment of obstructive sleep apnea that can provide a snore-free, restful night of sleep. It treats sleep-disordered breathing without the need for surgery, a CPAP mask, or medication, and is recommended for use by the American Association of Sleep Medicine (AASM). SICAT Air allows the automatic segmentation of the upper airway. All parameters required are shown for each sectional view and facilitate the analysis of the airway. Constrictions are highlighted in color and the upper airway can be examined precisely thanks to the endoscopy feature. The variety of display options and any automatically generated patient handout support your consultation with your patients. For the first time, the mandibular joints can be taken into account. The effects of appliance-based therapy can be directly visualized in the 3D x-ray volume. 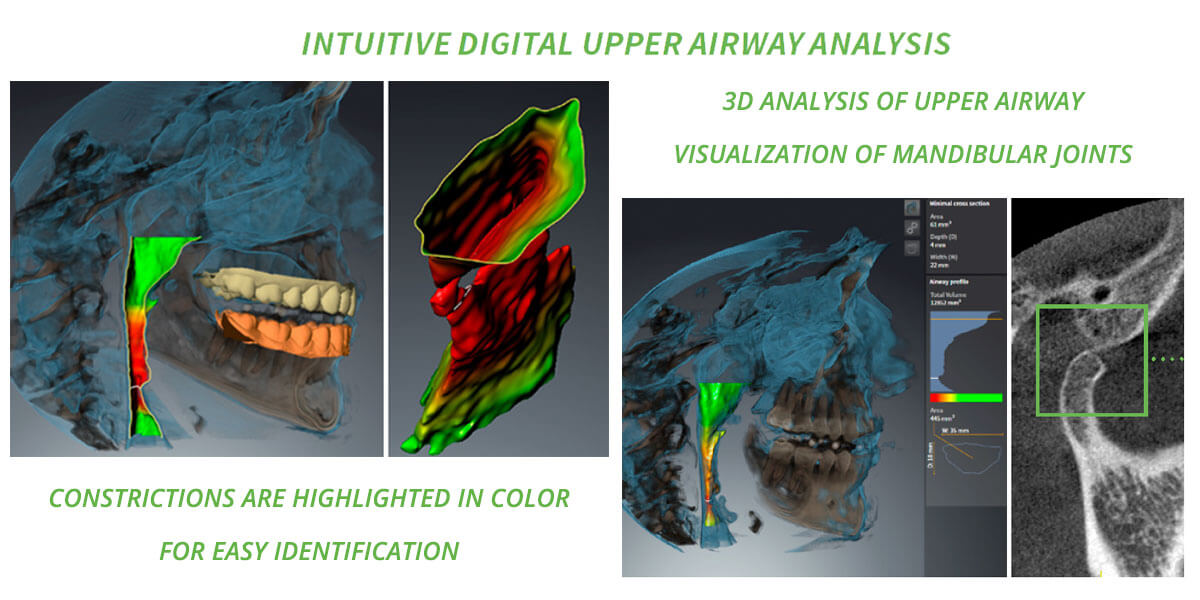 Back to Services
HOME